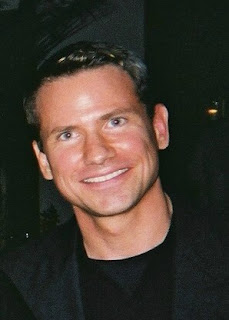 Meet Tom Legan, one of our presenters at the upcoming LGBT Marketing Conference in New York on April 29th, 2011.
Tom will be presenting Leveraging Pride, Community Events and Promotions, alongside Jerime Black, LGBTQ Sales & Marketing Manager, Barefoot Wine.  The information presented will be:
Tom will be talking about "How to Promote Your Business to the LGBT Community Through Consumer Event Marketing". Over the past 8 years, the agency has helped television networks like HGTV, Lifetime and ABC and brands like Macy's directly and personally reach the LGBT audience through participation at gay pride festivals and related consumer events. He'll highlight what tactics have worked best for his clients at these events including feedback received from event attendees. This information will be valuable for any company who wants to target the LGBT audience to successfully promote their brand. For more details on Tom and his agency, visit http://www.LeganPromotions.com
LEGAN Promotions Inc. helps television networks and companies directly and personally reach their target audiences through consumer event marketing. LEGAN Promotions Inc. was created in 2003 by former Showtime Networks television executive Tom Legan, who managed national promotions and events for the network for six years along with the promotional launches of original series and movies including The Chris Isaak Show, Soul Food, Dead Like Me, Tales of the City, The L Word and all promotions associated with the highest rated and groundbreaking series in the network's history at the time - Queer As Folk. He also promoted high profile boxing events such as Tyson vs. Holyfield and concerts on the network such as the Backstreet Boys Live. He has been honored with several awards including two CTAM (Cable & Telecommunications Marketing Association) Mark Awards along with several awards from Viacom, Showtime and Equifax, one of his former employers. He has spoken at several entertainment conferences and volunteers his free time with Jersey Cares on various community service projects around NJ.
LINKS: www.lgbtmarketingconference.com | www.LeganPromotions.com