August 29, 2014
Have you visited http://analytics.twitter.com yet?  It's an incredible new FREE tool provided by Twitter, allowing us to have a much better idea of how our individual Tweets are performing. 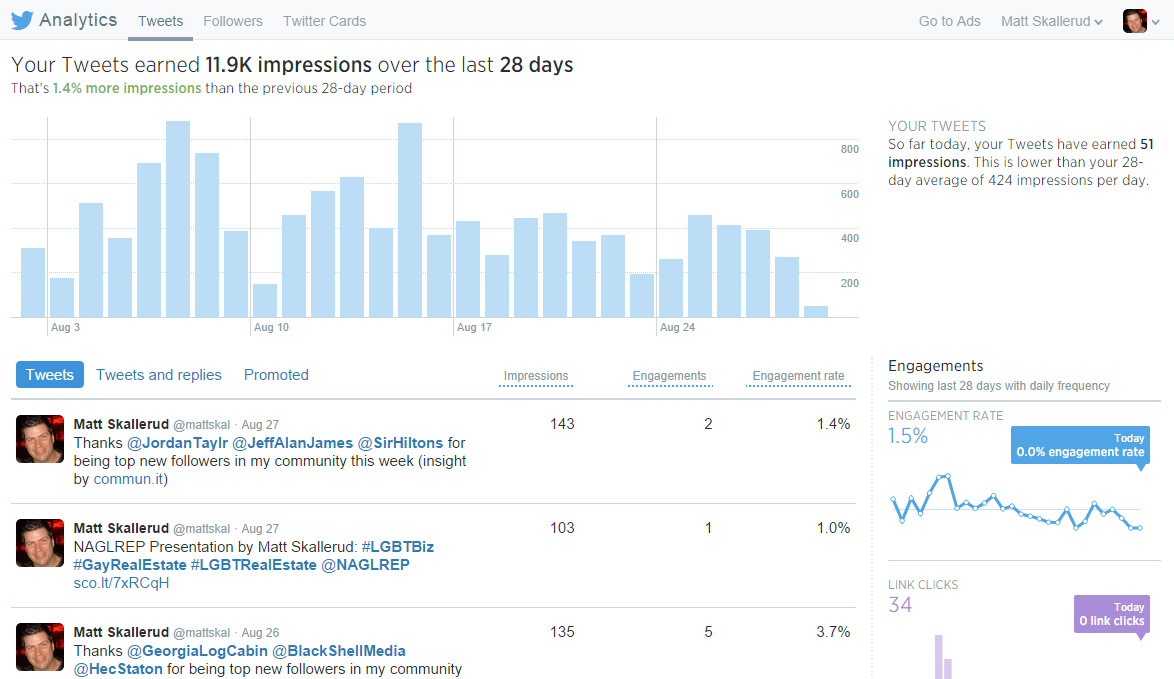 Powerful new tools and analytics to allow us to better MEASURE and MONITOR the performance of social media marketing in 2014.